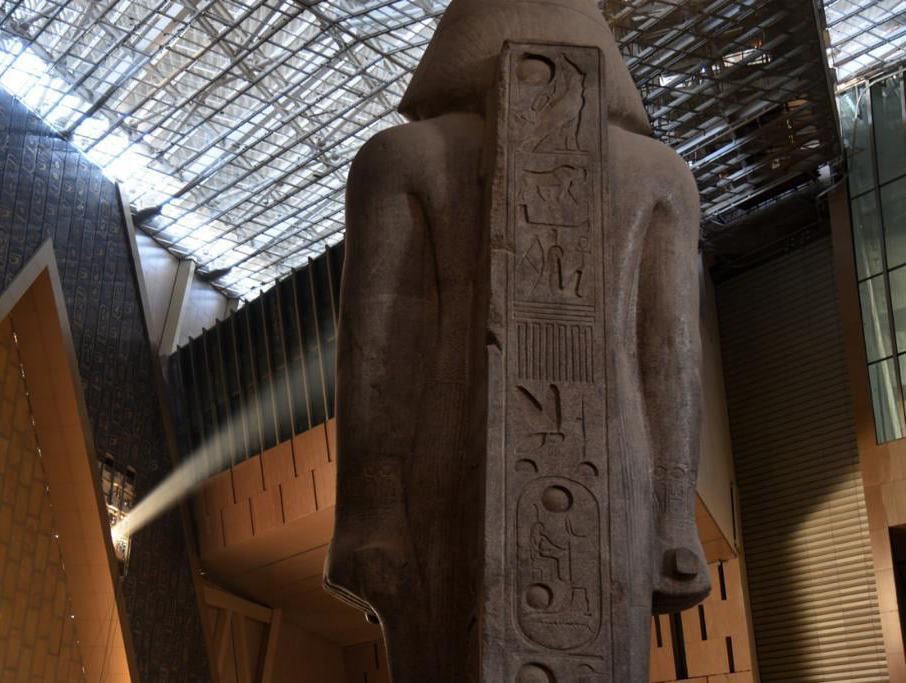 More than three thousand years after King Ramesses II built his unique temple at Abu Simbel in which the rays of the sun shine on the king’s face on October 21 and February 21 of each year, the Grand Egyptian Museum (GEM) echoes that achievement. The rays of the rising sun now shine on the face of the statue of King Ramesses II standing tall in the Grand Hall of GEM!

This phenomenon occurs twice a year at GEM, on 21st October and 21st February.

It is worth noting that the realization of this idea was guided by Major General Atef Moftah, General Supervisor of the Grand Egyptian Museum Project and the surrounding area. He had directed to feasibility of the idea when one of the engineers presented it in October 2019. A team of museum architects and archaeologists were formed who worked on the theory and application use of astronomy as an integral part of the construction. After a year of astronomical studies and accurate engineering calculations, the affect was achieved. The sunlight now falls across the face of the statue of King Ramesses II, as the original phenomenon takes place in the temple of Abu Simbel on the same date and time!

It is hoped in the future that the event will be celebrated in the Grand Hall at GEM twice a year, linking GEM with the original event at Abu Simbel, a unique event which will drive tourism and cultural celebrations.

Feel Free to contact us at any time we are always available , and ready to assist you

No products in the cart.